The landscape of the Fiordland National Park, the largest national park in New Zealand, was carved by glaciers over 100,000 years ago. The park showcases breathtaking fiords, ancient rainforests and snowy mountain peaks. It is home to four of New Zealand's ten Great Walks, the Milford, Routeburn, Hump Ridge and Kepler tracks, earning Fiordland's title as the 'Walking Capital of the World'.

Lake Manapouri, visible from every room of Cabot Lodge, serves as the gateway to Doubtful Sound, also known as Patea, the ‘place of silence’. Doubtful Sound is ten times larger than its well-known cousin Milford Sound, and is almost untouched by man. The extraordinary sound with awe inspiring mountains, wildlife and waterfalls can be reached by boat, departing daily five minutes from Cabot Lodge.

Milford Sound, possibly the most photographed location in New Zealand, can be reached by vehicle via the spectacular Milford Road, which begins 20 minutes from Cabot Lodge. Milford Sound has been called the 'eighth wonder of the world', and with cascading waterfalls and sheer cliff faces emerging from inky blue waters, visitors will soon see why.

Fiordland is also one of only two locations in the country where visitors can view glowworms. These mesmerising insects are located on the shores of Lake Te Anau in a network of limestone caves filled with sculpted rock, whirlpools and a roaring underground waterfall. 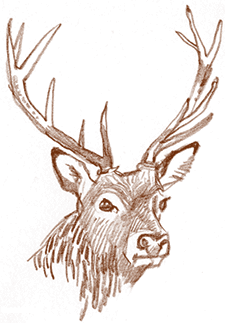 My wife and I spent 2 weeks in NZ on the South Island (in the Mt Cook, Wanaka, Queensland, and Fiordland areas). All of our accommodations were at highly...

Everything was exceptional, from the food to the luscious bathrobes, to the insane views, to the crazy cute lambs.

Don’t leave home till you have seen the Cabot Lodge. Simply exceptional in all areas no more so than the family customised approach by a go ahead...

This is truly an amazing place in an amazing part of the country. The scenery is stunning, the accommodation luxury and the kiwi hospitality of Brad and...

Your lodge is exceptional In its hospitality, location, beauty and décor.

From the moment you arrive, you are met with the warmest welcome, Breidi and Brad are the most gracious hosts The Suites are absolutely beautiful, they are...

This is a place that you need to put on your bucket list. The exclusive 4 bedroom lodge sits on a private hill high above Lake Manapouri and the snow...

Taking the long twisting driveway from the main road you know immediately this is going to be a special place. Coming round the last bend in the drive you...